Getting floating extrusions in ArcScene 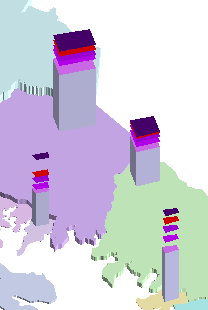 I can't figure out how to make them solid. Can anyone help?

Can’t understand why it would give me the correct top level but not fill in the stack to be solid!?