I am using ArcMap Desktop.  I have a shape file with contour lines for about eight lakes in an area of about 15 square miles.

The picture below is to give an idea of the distance between lakes and the picture at the bottom is a more zoomed in view of some of the lakes.  I already have DEM data for the white area in the pictures.  I would like to use the contours lines in the lakes to make DEM data which I could then adjust to make the shallower water light blue and the deeper lake depths a darker blue. 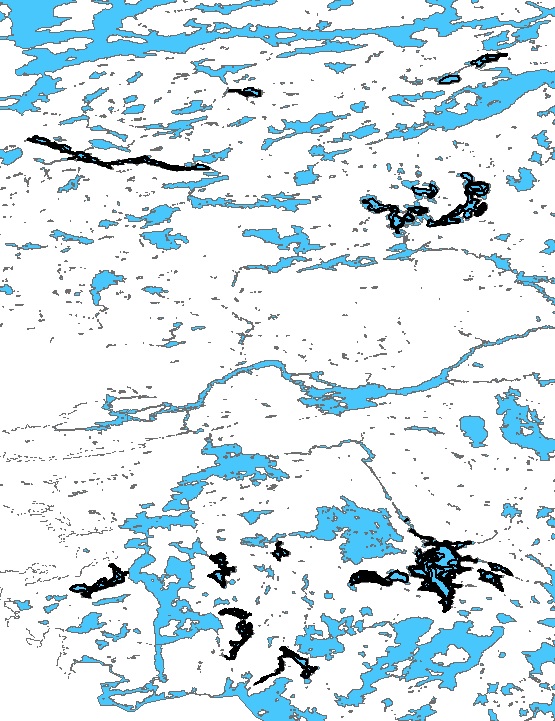 You can create TIN from contours

Then convert TIN to DEM

This clip will help you Coutours to DEM in ArcGIS - YouTube

If you want to stick with vector, then you can have a look at Creating fill symbols—Help | ArcGIS for Desktop

Thanks Dan, I don't need to stick with vector, whatever will do the job best.  Is there a better (raster) way to use the contour lines to show lake depth?

For map making and not analysis, I would just overlay the vector lakes over the raster.  Your lakes are too small to effectively show the depths unless you used an incredibly small cell size and topotoraster and then combined the dem and the raster lakes (using con).  The rasters would have to the same cell size, which would cause issues with the dem since it probably isn't at the same resolution as would be required for the lakes.

I see what you mean, if I did succeed, the result would be so great.  I guess I'll just use the contour lines the same as contour lines on land and forget about changing the water color depending on the water depth.  I will add the labels showing the depth.  The image below is the size that the printed map will be.  Hopefully, when you click on the image you will get a full size version. 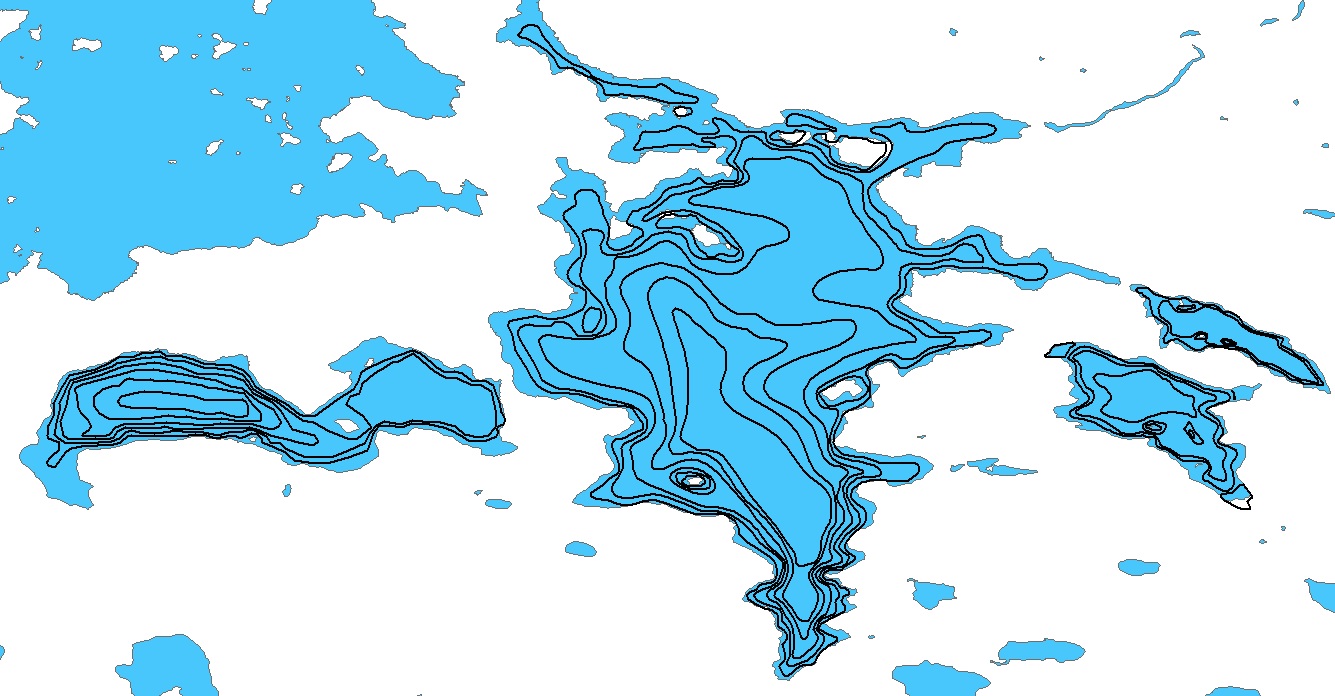 Topo To Raster is the tool you want. It is a spline interpolator so it needs to create a continuous surface.

I suggest converting the lake polygons to line and  assigning them an elevation on the coastline (0 if these are depth contours), and add them to your contour data set. Then run Topo To Raster and clip the results to the lake areas.

Thanks Curtis, I agree with Dan that the lakes are small and the contour lines are tight so the effect might not show up much on the map but I'm new to all this and I am interested in checking out this option for future use and also to see how it looks on the largest of the lakes.  I found some good instructions on converting polygons to line at the link below, but I couldn't find anything about assigning an elevation.  Is Elevation one of the properties after I convert to line?  Or, is the elevation the z-factor or something like that?  It sounds like I assign elevation to the entire line shape file (or whatever is output from the conversion tool) and that elevation is used as the base level that the contour lines drop down from.

If you go the polygon to line route you would have to use left-right topology to assign min and max elevations to the polygons. This is a little bit challenging database wrangling but it is doable, using the left and right poly object ids to do joins.

You could also create 2 sets of "DEM's" one for the land part with an appropriate color scheme for land areas and with the lake areas masked out and converted to NODATA. The second "DEM" (bathymetry) for the lake part also with an appropriate color scheme and with the land areas masked out and converted to NODATA. You would have to make sure though that your lake bathymetry data is using the same datum as your land areas (as in reality the lake shoreline may not be 0m or 0 elevation) and that they are of the same pixel sizes and pixel position so that a snap raster is very useful when you create them. When you load them both into Arcmap (doesn't really matter which one is on top), just make sure to set the symbology for both nodata areas in each DEM as no color.

I think I can figure out how to mask the lakes out of the DEM data. Then, how do I mark the "no data" area?  Also, I have a shape file with contour lines for the lake depths, what order are the steps to convert to DEM and mask out everything but the lakes with contour lines?  Do I first use TopoToRaster, and does that give me a shape file?  Then do I mask the shape file leaving only the lakes with depth data, then, somehow mark the non-lake depth areas as no-data?