While I await technical support's response to my case (it's been a week, pleeeeeease help!!!)... I'm faced with an ArcGIS Server site that seems to have lost all knowledge/connection to it's configuration store and server directories, or at least that is my suspicion. The story goes like this; I have a single machine base deployment (Portal, Federated Hosting Server, Datastore) on a Windows Server 2016 VM (Azure) that I recently upgraded from v10.6.1 to v10.7.1. The upgrade went... slowly... Portal was by far the most cumbersome, but after many attempts, I made it out the other side and spent a good deal of time testing my site before opening it back up to my users.

Of course once my users started logging in, I was quickly informed that layers weren't loading in maps. Investigating, I discovered it started with those layers backed by our Workgroup Enterprise Geodatabase (SQL Express). Next it was the image services, we have a few that were copied to the server (i.e. not referenced). Through the first 5 minutes or so of errors the hosted feature layers seemed okay, but then the entire server site stopped responding to requests at the web adaptor (502 errors, my "web adaptor" is just an IIS URL Rewrite proxy) and directly at 6443...

I logged in to my windows vm and found no windows error reports. I should point out that Portal was still functioning just fine at this point... So I restarted the ArcGIS Server Service. After a minute or two, the manager interface (via port 6443) came up giving me the option to create a new site or join and existing site!!!!! Like a fresh install...

I manually dug into the logs and found this at the start of the whole fiasco... seems to me like there was either a permissions issue or a network issue.

I navigated to the configuration store and found the [machine name].json file listed in the message, it was there but it was empty.

Soooo, my question is... seeing as how the site had been functioning, I'm reaaaaaally hoping the configuration store isn't corrupt, and that all of this was brought on by some sort of network lapse... Is there any way to manually trick my ArcGIS Server site into picking up where it left off using the configuration store and directories as they are? I know I've done this once before at v10.5.1, but I don't recall exactly how. I think it involved creating a new site, stopping the ArcGIS Server Service, renaming the configuration store directory, then deleting some *.dat files in the old directory and starting the service again. I've seen similar posts by Jonathan Quinn describing this technique, but they referenced older versions so I don't want to proceed with muddling around... Obviously I'm hoping Esri tech support will get back to me asap, but if anyone has any ideas, I'm all ears! Thanks!

So I got an analyst at Tech Support to work through this issue (thanks Igb Akintade you rock). What I'm sharing here is not an endorsement, if you find yourself in a similar situation, I definitely recommend contacting tech support to get to the bottom of your issues. In my case, it does seem that there had been some sort of network issue that prevented server from reaching the configuration store, but after that issue was resolved I was still left with a site that couldn't initialize on the existing configuration store. The method for re-establishing the site went as follows: 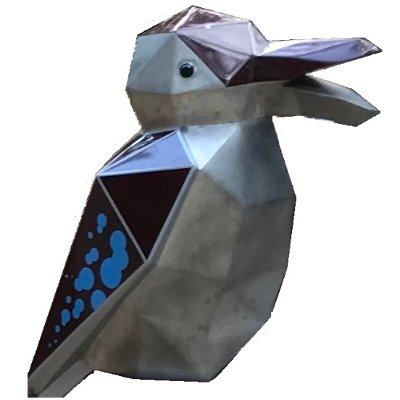 I have not had a lot to do with ArcGIS Server running on Azure, but assume that configuration store location will also be stored in this file;

Does this file exist still and if you open it in Notepad does it look valid (it should not be empty)?

If the file is missing, empty or invalid, try restoring this from your most recent backup and restart the ArcGIS Server service.

If that file is there with valid content, then it will more likely be an issue with ArcGIS Server not being able to access the configuration store.

Do you have a working site on Azure that is OK? If so take a look at this xml file and see what a working site should be configured like and where the configuration store is normally accessed from.

Oddly enough, the ...config-store-connection.xml file was present and appeared valid. I've since compared it to what I had prior to the fix I implemented and they are identical. Nonetheless, I got things working and posted the details below. Thanks for looking into this one!

So I got an analyst at Tech Support to work through this issue (thanks Igb Akintade you rock). What I'm sharing here is not an endorsement, if you find yourself in a similar situation, I definitely recommend contacting tech support to get to the bottom of your issues. In my case, it does seem that there had been some sort of network issue that prevented server from reaching the configuration store, but after that issue was resolved I was still left with a site that couldn't initialize on the existing configuration store. The method for re-establishing the site went as follows:

Have you recently installed a windows update?
.net framework 4.8 in particular?
I'm in the same situation: ArcGIS 10.6 and Win server 2012 R2 installed...

unlike your case to me the file config-store-connection.xml is missing and once restored disappears again.

if you have any suggestions are welcome

The config-store-connection.xml will be deleted if the ArcGIS Server can no longer connect to the configuration store.

So double check the connection parameters, that the service account still has the required access permissions to this resource and there is no network issue in the way.

Configure ArcGIS Server Account is an additional thing to try on the server, depending where the config store is.

thanks for your response.

I first tried to recreate the config-store-connection.xml file, but at service restart it disappear again.

Recreating a new site after a backup of original folders, and replace with bacup folders as described at 11 and 12 item list.

I couldn't figure out if the problem originated from the 4.8 framework, but in fact I found web adaptor not configured.

I hope this will help other users.