I sort of stumbled into this idea while working on something else, but I thought it would be neat. Sometimes I have two things I'd like to track and compare, but rather than simply compare the two together, I want to compare them both to some "target" value.

It would probably be unnecessarily complicated, but if the Gauge widget could somehow visualize two or even more fields at once, I think the resulting graphic could be quite useful in certain circumstances. I'd much rather have the image below instead of two or more gauges side by side. 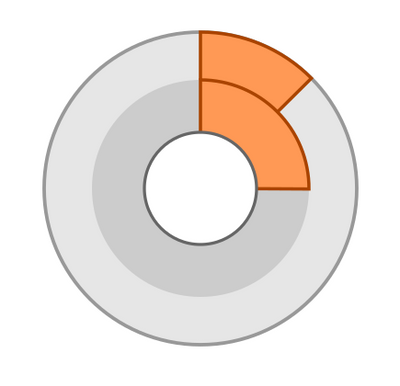