Used EBK3D on subsurface borehole lithological geological data, the geostatistical layer appears to fit the input data well as far as vertical extent and vertical exaggeration (VE). Used the GA Layer3D to NetCDF tool to convert the geostatistical layer to.NetCDF. Then added the outputted Multidimentional Voxel Layer (.nc file) the to the scene, it appears to have used the wrong vertical extent, VE or vertical datum. Even after changing the voxel layer to the same VE as the other layers, it doesn't display properly. 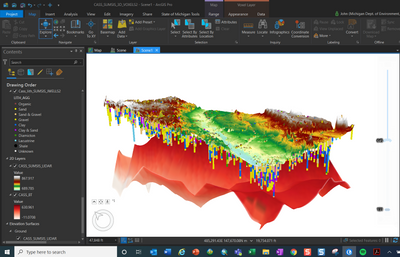 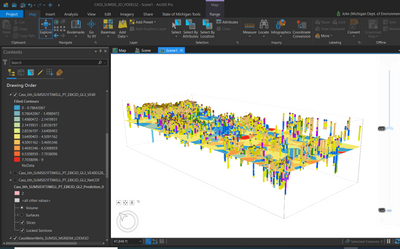 Add voxel layer, for some reason it comes in with a VE of 27.5 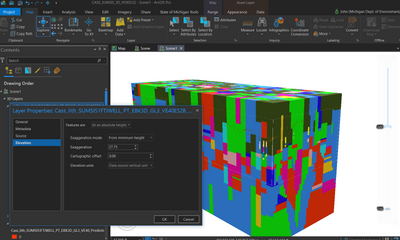 When I change VE to 40 it makes it worse 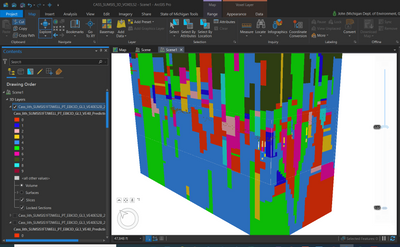 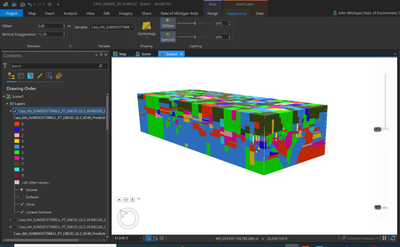 Seem to be a units (Ft or M) or VE or vertical datum issue. Have other had this issue or any suggestions on how to resolve this? Thanks