I live in Washington , DC. For a long while it was an asset to live here. Recent political clashes have made this city a city of marches, small riots, and some demonstrations, well plenty since the recent election .But that is political change.Day to day goings on can make one's head spin.

When I was living in Russia for a grant with the  Eurasian Foundation, I just had to remember that I was always being monitored, to share and learn within boundaries and to figure out what to eat and how to keep warm.

The climate in Russia, in Saint Petersburg was so new to me. People told me not to take a fur coat. People gave me all  kinds of advice that was wrong, wrong, wrong.  I have never lived in a C O L D  climate. I never understood why Virginia was called the south. Now I know. Climate was up close and personal for me in Russia. It snowed every day, ..well just about. We crossed over a frozen river on our way to schools that we were working in. I came to appreciate lots of things that are of comfort when the temperature is freezing.

I learned about the Bay of Finland . I studied water at the Museum of Water. I learned that in some areas the train tracks are set in ice.I stayed in a Russian Country House. I have been wearing UGGS ever since in winter. Before that I wore beautiful boots. ( They don't keep you warm in Russia). I longed to find an old-fashioned Samovar.

Think the many regions of India. As with Russia no one picture is enough to share. 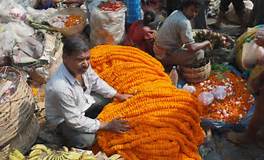 India is a different ball of wax. I lived in India on a Fulbright. I can't describe how hard it was getting use to the heat.No movie that I had seen except the "Jewel in the Crown " described India and the culture for me.  We visited  28 cites and each city was hot. We traveled in the summer for three months. It was an amazing journey. We had experience of the monsoon. What I remember most is the many, many people. Water was always a problem, clean water. The climate took some getting used to. Clean water was something I had taken for granted. I learned to drink beer.

I have been back once since then. It was a little cooler in the areas near Kashmir and in the hill country. Climate defines how you live, what you eat, what you wear. The rains in August, were unending it seemed but I acclimated. When I came back to the US I was cold in the grocery stores and it seemed that the air-conditioning was waaaay too high.

Most people will not travel to all of the countries I have been to. Greece in the summer, oh the beaches at Mykonos.

Capetown , South Africa at the Green Market. I have story maps to make about these places.

"The Earth's climate has changed throughout history. Just in the last 650,000 years there have been seven cycles of glacial advance and retreat, with the abrupt end of the last ice age about 7,000 years ago marking the beginning of the modern climate era — and of human civilization. Most of these climate changes are attributed to very small variations in Earth’s orbit that change the amount of solar energy our planet receives."

NASA  https://climate.nasa.gov  ( source)
Scientific evidence for warming of the climate system is unequivocal.