Linking photographs to maps and saving and sharing those maps can be quickly and easily done using ArcGIS Online. These maps can be used to create a sense of place by telling a story about a community or a region. For example, I created a map of my home state of Colorado using photographs that I have taken at intersections of whole-degree latitude and longitude lines, as part of the Degree Confluence Project. Clicking on the pushpins yields a photograph that I have taken at that location, as determined by the GPS receiver that I carried to that point. Clicking on each photograph calls up a video that I filmed at that same location. Each point was added by entering the latitude and longitude in the search tool, adding a point and a hyperlink, saving the points as a map layer, saving the map to ArcGIS Online, and sharing the map with the world.

What story does such a map tell about a community or region? In the case of my map of Colorado, the photographs clearly confirm the popular image of Colorado as a mountainous state. Yes, the state contains numerous spectacular mountain peaks and ranges, as shown in the image at 39 North Latitude, 107 West Longitude, below. But the map also challenges the notion that some people may have that Colorado is completely covered by mountains. The map shows that this is true only for roughly the central third of the state. The western third of the state is best characterized as canyonlands, while the eastern third of the state is firmly entrenched in the Great Plains. What vegetation, water, landforms, climate, and evidence of human impact are visible at each location? What point best captures the “essence of Colorado?” 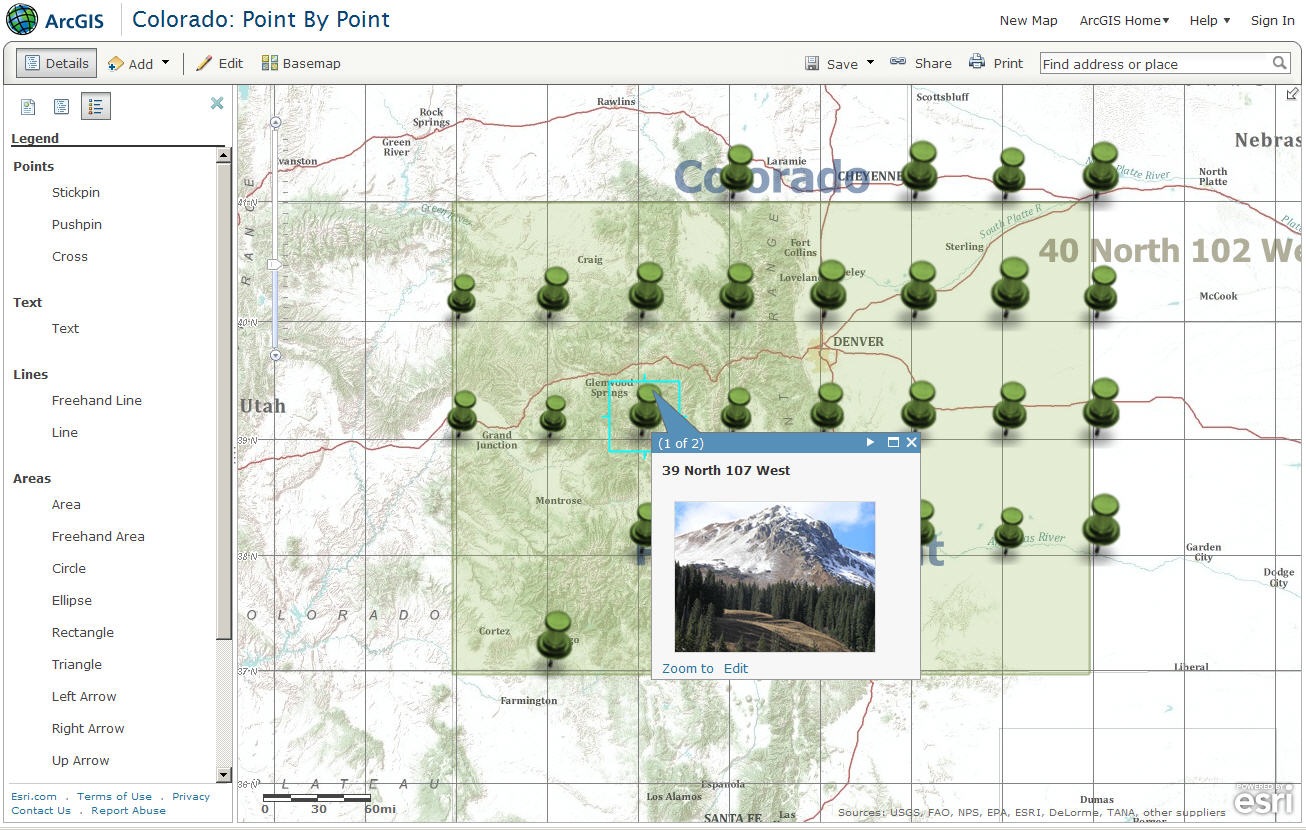 As you can see, I have a few more points to visit, but I hope to complete my map someday.

How might you use photographs hyperlinked to maps using ArcGIS Online to describe and tell a story about an area in which you are interested?