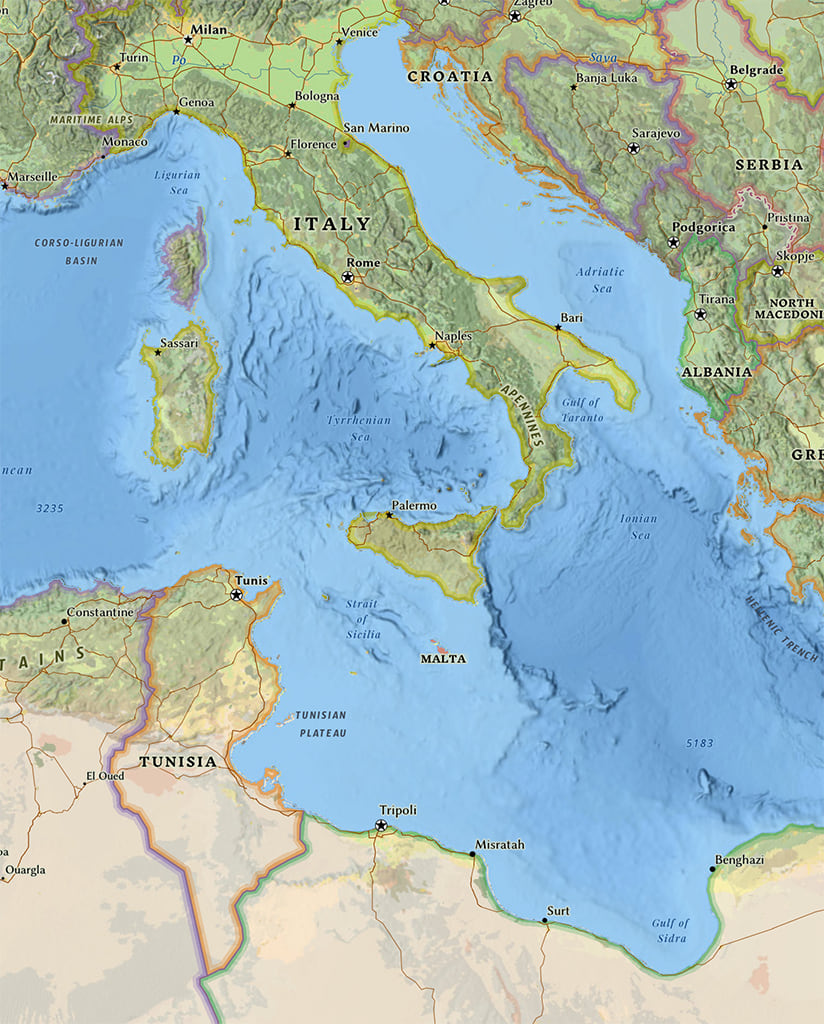 The National Geographic basemap, first released on ArcGIS.com in 2012, continues to be a popular map for reference, education, storytelling, and conservation mapping. This release of the new National Geographic Style Basemap builds on that history and completes the transition of Esri basemaps to using vector tiles!

The map retains much of the flavor of the original, including the rich cartography and saturated land colors at smaller scales, with a series of enhancements:

The vector style is now available worldwide at all scales, from global to the very largest of street-level information. 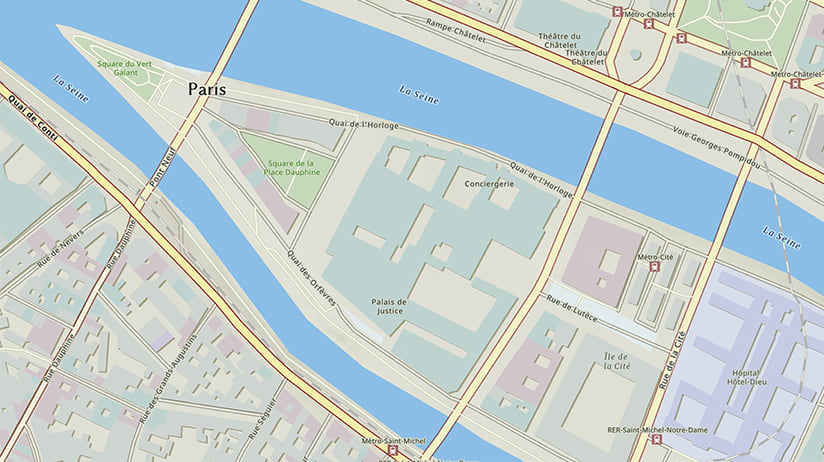 At smaller scales, a new cached base layer has been created, the National Geographic Style Base. It blends our multi-directional hillshade with a specially prepared version of the Esri/USGS Ecophysiographic Land Units Map. More information on the science behind ELUs can be found here. At mid-scales, the ELUs give way to a single tone land color. The hillshade continues into large scale, matching the coverage seen on other basemaps such as Topographic. 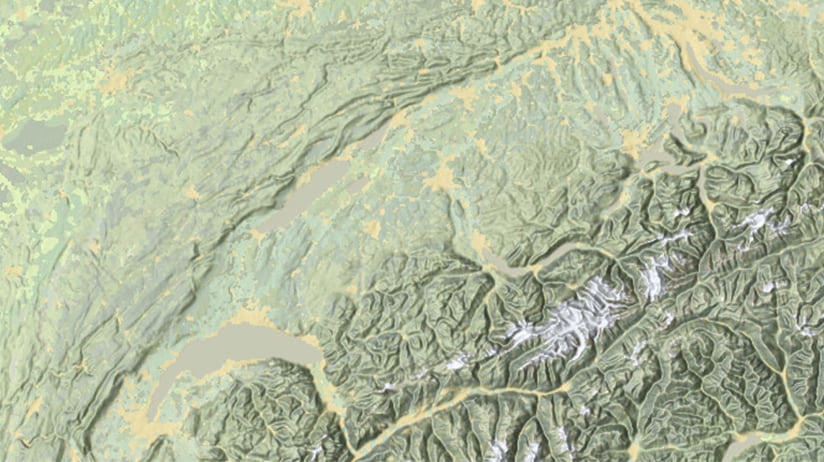 The National Geographic Style map base only

All other map information is contained in the National Geographic Style, built from the same vector tile data as our other Esri vector basemaps. The sharpness of vector detail is retained regardless of the resolution of the screen and with the help of the Vector Style Editor this detail can be customized by you. Map content is subject to our regular update schedule.

The rich cartography of the original map continues into the vector tile data with the addition of color boundary tint bands, and a selection of distinctive open source fonts. 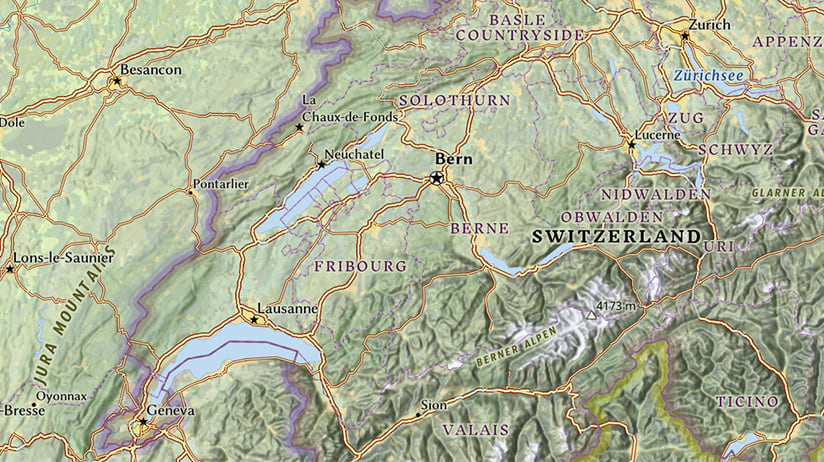 As with the original, the National Geographic Style has value as a stand-alone reference map, as well as a basemap for your operational data. In the right circumstance it can add some real character to your work.

We hope that you find this vector style as appealing.